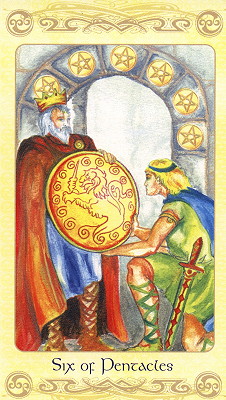 The universal language of Earth is symbology. Symbols, and pictures are the only way to communicate that everyone on earth understands.

The creator of our universe is unbiased, and while utilizing the many languages of mankind, mostly uses symbolism to communicate because it cannot be misinterpreted.

From animals and their attributes, to pictures and symbols - we can communicate through the aether by observing and connecting to the original foundations of Earth.

Tarot is technically the creator's language. And people who wanted to separate man from his creator made us feel as though it's bad.

Many people are afraid of the tarot, but don't realize that playing cards are based upon the tarot, with the joker being the fool and the 4 suits correlating with the four elements of the tarot.

This is an esoteric truth, and the tarot was hidden within playing cards during an era (victorian predominantly) when tarot readings were illegal.

The fears of the tarot still continue to this day in many people, though it truly is an illogical fear. As if a creator would be so immature as to ban images on a card.

The fear comes mostly from the tarot being accurate. "How can the tarot be so accurate? It must be demonic!", is what many people feel. But this can be easily explained.

The tarot works by a psychic using their gifts of connection to the divine and channelling that connection through the cards on behalf. This connection is invisible in the same way that wifi is. It works along electromagnetic fields. The information comes from the field of the individual seeking a reading. This field is then "shuffled" (transmuted) into the symbology of the cards to be read.

There is nothing demonic about it. It comes from an understanding that everything is connected and is ultimately energy. Those seeking answers will find them, and that can come personally or through another (in this case a tarot reader).

Symbology is used in all cultures and has been around since the dawn of humanity.

There is nothing to fear and everything to gain from receiving a tarot reading.